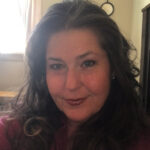 When the foundation began. in August 2020, Cannon Hinnant a five year old boy who had his whole life ahead of him, was deliberately shot and killed outside of his home in Wilson North Carolina while he was riding his bicycle.
Having lost a son of my own I immediately felt this families grief and my question was why? He was just riding his bike, being a kid. What could he have possibly done so wrong that his neighbor, a grown man to walk up and shoot him in the head??
I felt the need to do something so I started a Facebook group Ride On Cannon. I asked people to donate bicycles… my idea was to hold a small event and giveaway bikes to other kids in Cannons memory. Before I knew it bicycles started showing up at my door, pick up orders started to come in, cases of water and kids drinks were being donated and delivered, and the Facebook group was now at over 2000 people. The idea just organically grew and took a life of its own.
We continue to honor Cannon’s memory with five events over the course of a year. Please check them out and see our Contact and/or Donation page to help with your time, donation, or both.
Thank you, Teresa Welch

Get all latest content delivered to your email a few times a month.